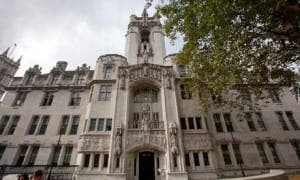 THIS week’s Supreme Court case is one of the most important legal challenges ever heard in the UK.

For the first time, all 11 judges will sit to rule on a decision that could have far-reaching constitutional and political consequences.

Journalists from more than 80 countries have assembled in London for the case.

At stake is whether the government needs the authority of Parliament to trigger Article 50, the process for the UK to leave the EU.

Theresa May’s government believes it has the right to do so.

Local campaigner Paul Cartwright and the People’s Challenge are one of the groups that stand in their way.

The battle lines have been drawn.