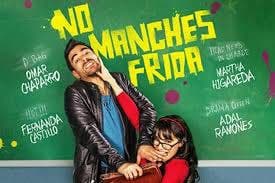 SPANISH language films are going down a storm across the pond.

The US Box Office recorded a 2.2% increase in takings for Spanish films, with the industry estimated to be worth around €50 million.

Mexican film No Manches Frida racked up €12 million alone this year, nearly matching the amount it made in Mexico.