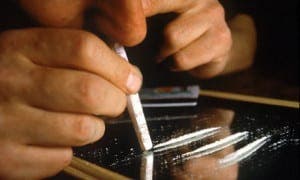 But when it comes to partying the British and Spanish are neck and neck. Or should that be nose to nose?

Both nations have the dubious honour of being the highest cocaine users in Europe.

The two countries also have the highest consumption of ecstasy, with 4.2% of British and 3.3% of Spanish 15 to 34-year-olds admitting to taking the Class A drug.

A study by the OECD also found the Spanish to be pretty similar when it came to boozing.

According to the study, the Spanish are the fourth biggest drinkers of alcohol, at least among teens.

The report found that the percentage of 15-year-old girls who have been drunk at least twice was 33% in the UK, and 21% in Spain, and a massive 38% in Denmark.

More worryingly for the British youth was its Gonorrhea levels, which far surpassed the rest of Europe, with 59.7 people per 100,000 having the pus-producing infection, followed by Ireland with 28.3.