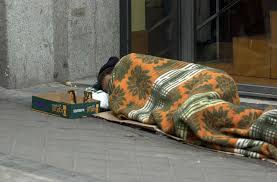 A NIGHTTIME campaign to get to know homeless people has been launched in Andalucia.

Hundreds of people have been invited to take to the streets in the eight provincial capitals to listen to the life stories of those sleeping rough.

The aim of the ‘Conocer para Actuar’ (know to take action) events, which are taking place between 9pm and 1am on designated nights,  is to help them better understand homelessness.

The first will take place in Córdoba on January 16 with Malaga’s scheduled for the following night.

Events in the other capitals are due to go ahead during the following two weeks.

The RAIS Fundacion, a not for profit organisation, is working with the Junta to organise the campaign.

The life stories gathered through the interactions will then be presented to government officials.

People can sign up to take part by searching for ‘conocer para actuar’ on eventbrite.es .