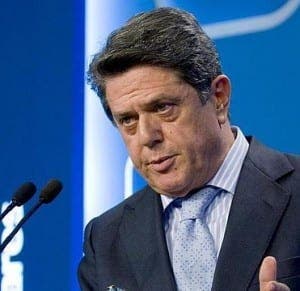 SPAIN’S ambassador to the UK, Federico Trillo, has resigned in the wake of revelations about a military plane crash that killed 62 Spaniards while he was Minister for Defence in 2003.

Trillo announced in a London press conference on Thursday evening that he would be stepping down the following day. While he claimed that the move had been long-planned, the haste of his resignation has implied that it is a direct result of the political storm surrounding the Yak-42 case.

The announcement came just hours after 13 retired ambassadors called for Trillo’s removal in a letter to the minister for foreign affairs.

This comes after Spain’s Council of State released a report last week blaming Trillo’s ministry of defence for the 2003 tragedy, in which a plane returning from Afghanistan crashed into a Turkish mountainside. It was found that the pilots were extremely tired, and not properly trained to use the craft.