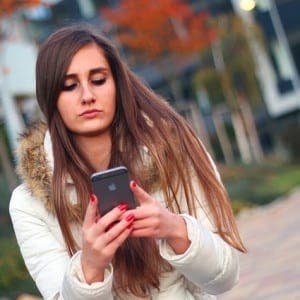 BRITS’ mobile phone charges may be set to soar when they visit the continent post-Brexit.

Mobile phone operators are planning for a worst case scenario of higher call and data charges once the UK finalises its exit from the union.

The networks fear that European companies could seize the opportunity to raise the wholesale cost of calls and data for Britons travelling around Europe because the EU-wide caps implemented by Brussels will no longer apply.

The feared hikes could see Brits pay up to €50 to stream a single song on their phone.

It comes after the European Commission has already indicated that a quick bilateral deal between the UK and the EU on roaming charges will not be possible.

The German commissioner responsible for telecoms policy, Gunther Oettinger, said last year that there are ‘obvious restraints’ as World Trade Organisation rules state that any bilateral agreement outside a comprehensive free-trade deal would have to be extended to all other WTO members.

Industry experts have also warned that negotiating roaming rights as part of any trade deal would be difficult.

Countries like Spain, which receives high numbers of British tourists, may be unwilling to offer good terms because tourist traffic and congestion on networks would be weighted in one direction.

BACK TO SCHOOL: Brits in Spain urged to remember that children also need to register as residents