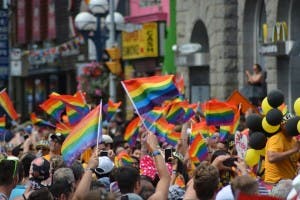 SPAIN is targeting gay tourists in a bid to lure the lucrative demographic to its shores all year round.

A programme of events aimed specifically at the LGBT community dominated January’s International Tourism Fair in Madrid – with a new website also launched.

Gay travellers are responsible for 15% of international tourism spending and they are also tend to travel more in the off-season.

Spain is one of the top LGBT tourist destinations, in part thanks to its positive record on gay rights, with same-sex marriages introduced in 2005, nearly a decade before the UK.

Madrid generated €150 million from its Gay Pride festival last year, and that figure is expected to rise in 2017.

The tourism fair (FITUR) announced a record number of 245,000 this year, with attendees included professionals from every corner of Spain, as well as from 165 countries worldwide.

Staff Reporter - 27 Jan, 2022 @ 13:04
The elderly are at risk of injury, illness, and disease. Due to this, many elderly people live with adult children in order to reduce...