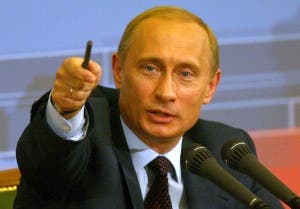 SPANISH entrepreneurs are furious that trade between Russia and Spain has halved since the EU imposed crippling sanctions on Vladimir Putin’s government.

Russian Ambassador to Spain Yuri Korchagin said the trading volume between the two countries has dropped by €13 billion since 2013.

“I have not met a single businessman who would say something in favour of the sanctions. I am sure that the business is not interested in its interests taken hostage by the political situation,” he said.

The sanctions were introduced by Brussels in response to Russia’s interference in the political crisis in Ukraine.