IT was said of the recent election that if it teaches us anything: 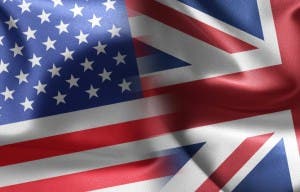 …it is that supposedly worthy displays of democracy in action can actually do more harm than good. Witness a nation now more divided; an inter-generational schism in the making; both a governing and opposition party torn to shreds from the inside; infinitely more complex issues raised than satisfactory solutions provided. It begs the question ‘Was it really all worth it’? ? Alex Morritt, Impromptu Scribe.

The recent election to which I am referring is the Brexit where Britain voted to detach itself from the European Union. The outcome of the vote came as a shock to both Britain and the world. Everyone wrote it off as an ill-advised tantrum being thrown by those who wanted to roll back the clock.

Let’s face it: These outraged throwbacks were written off as intolerant bigots whose time had past. Unable to stop the direction of progress, they wanted to pull themselves out of the maelstrom. They turned their backs on the future and charted a course for yesterday. No one expected them to succeed. They did. And they were not alone:

Breitbart noted that the Trump campaign rose to prominence on the same issues that led the Leave faction of the Brexit to victory. Among those issues were:

This is a populist message that could have come from either Britain or the US at almost any time in their historic past. They have often gone through political phases together. When combing through historical documents for sale, one can find letters from Winston Churchill agonising over possibly having squandered American goodwill in 1938.

That empathic, political connection seems to be just as strong today, as the wave of populist unrest in Britain is almost exactly mirrored today in the US. The twin movements share unlikely similarities:

The Failure of Polls

We live in a time when nothing should surprise us. The art and science of polling has become so good, our power to predict bears a vague resemblance to prescience. At least, that is what we thought before the final Brexit vote. It wasn’t supposed to end up that way at all. The world was not just disappointed but shocked.

Whatever went wrong there couldn’t possibly go wrong here. It was supposed to be Clinton by a landslide. Trump was unelectable. Never mind Trump Towers. We had Trump toilets. There were more ways to make fun of him than to take him seriously. Even during the final run-up to the election, Clinton was supposed to win.

It happened again. The populist movement made its mark on both sides of the pond. And pollsters did little to help us prepare for what was ultimately to come. There are three obvious possibilities:

Either way, the voices of the disaffected were not heard or counted until after the elections. On both sides of the pond, the winners must be asking if we can hear them now. They certainly have our attention.

America has always been a nation of immigrants. Take away immigration, and it is hard to know exactly what America is. President Elect Trump has promised to roll the clock backward on immigration.

Same-sex marriage is now the law of the land. But all gay, lesbian, and trans-gendered people are rightfully afraid that Trump will be pursuing a policy of yesterday. Every non-white male has new-found trepidation over a President Trump who wants to return to some perceived glory days that were not so glorious for disenfranchised minorities.

We have learned from our pollsters that no one can foresee the future. We cannot say with certainty what tomorrow may bring. But there will be a tomorrow. Sometimes progress is two steps forward and one step back. But the long arc of time favours the ultimate emergence of our best selves. We have as much work to do tomorrow as we did yesterday.