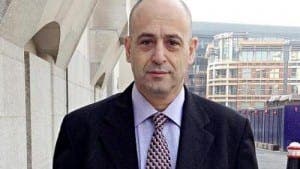 A RUNAWAY tax fraudster will begin a six-year jail sentence after being extradited to the UK from Spain.

South African Leib Berger, 53, who went under the name Lawrence Goldberg, had been jailed for two years in 2011 for stealing more than €1.1 million through a Self Assessment tax fraud.

Posing as a nominated tax agent, he hijacked innocent people’s identities and invented other clients to send fraudulent tax returns to the UK’s HMRC.

He fled to Spain instead, where he remained as a fugitive.

It was then revealed that Berger was hiding further assets, leading authorities to increase the amount he had to pay back to £1.5 million.

Berger was eventually tracked down and arrested in Spain on February 7 of this year, before being extradited yesterday.