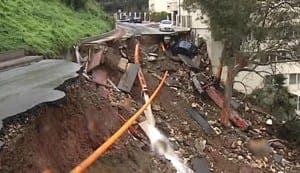 The city suffered its worst downpour ever, with a quarter of a year’s worth of rain falling in one day.

In just one hour 87.4 mm of water lashed the port, the highest hourly rate since records began in 1981.

There were over 200 call-outs to the emergency services, but so far there have been no reported injuries.

Insurers have estimated that the damage will cost €10 million, and that 2,800 properties and 700 vehicles were affected.

Cristina Hodgson - 26 May, 2022 @ 08:45
MARENOSTRUM Fuengirola to host this coming Saturday the 'Fulanita Fest', the first female LGTBI music festival in Spain. The event, to vindicate the power of...