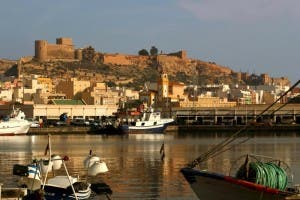 ALMERIA has the highest proportion of ‘black money’ in the country.

For the last five years the sun-baked province has been at the top of the underground economy rankings, the Ministry of Finance revealed.

Some 32% of the economy in Almeria is based on undeclared or illegal financial transactions.

The GDP of the province is about €13,000 million, meaning that the black market in Almeria represents over €4 million per year.

The industries which see the most illegal trading are agriculture, construction and hospitality.