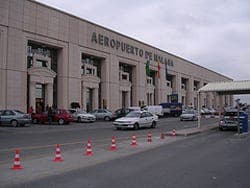 THE drop-off zone at Malaga Airport has been closed during major refurbishment works.

And changes are expected in the zone outside terminal three to try stop people parking there for longer than allowed and causing traffic jams.

Aena, manager of the airport, is currently operating a monitored free 15 minute stay for vehicles in part of the nearby P2 ‘first class parking’, with those who stay longer being charged.

“The accumulation of vehicles in that (terminal three) space, which remained there for more time than authorised, provoked traffic jams that caused long queues that extended towards the other roads,” she said.

“This made it difficult for travellers to arrive.”

The works are part of a refurbishment of the airport’s public roads, which aims to reduce congestion following an increase in airport users.

Aena has not stated how long it will take to complete the works.