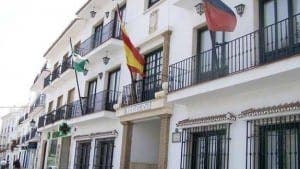 A CAMPAIGN has been launched to urge expats to sign onto the padron.

Its call comes as Theresa May officially triggered Article 50 to begin the process to take Britain out of the EU, threatening the status of Brits living abroad.

According to mayor Óscar Medina, 18,756 people are on Torrox’s padron, a figure he believes is lower than the true number.

The lack of registrations means the town cannot claim the 150 it is entitled to per officially registered person, which provides funding for vital services such as medical care, policing, education, security and infrastructure.

Registrees, who must have lived in the town for over three months, also benefit from access to free sports and cultural activities.

Those already on the list must re-register every five years.

Two staff have been hired to oversee the drive, while information leaflets are being printed in different languages.

“We want to push so that for the first time in its history, Torrox can pass the barrier of 20,000 inhabitants, which would have great advantages at the budget level,” said deputy mayor Paola Moreno.

Christmas bonus for every Benidorm resident on Spain’s Costa Blanca