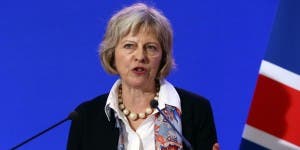 BRITAIN is looking to Spain as a potential ally for upcoming Brexit talks in the hope of securing a free-trade agreement once it leaves the European Union.

The major EU player has been touted as an ideal candidate thanks to trade and tourism ties, which Prime Minister Mariano Rajoy will likely want to preserve.

Theresa May’s government is also looking to some of the EU’s newest members in the east, an approach which some view as part of a ‘divide and rule’ strategy.

Ignacio Molina, a senior analyst at Madrid-based think tank Real Instituto Elcano said: “In what relates to the core of Brexit – the U.K.’s departure from the interior market and the EU, and its re-connection as a trade partner – Spain will be a dove.”

While Spain won’t break European unity, ‘it is in the soft Brexit camp,’ he said.

May and Rajoy are said to have struck an understanding at an EU summit in Malta last month which includes an early agreement on mutual residency rights for citizens of both countries, establishing a glimmer of hope for Britain’s free-trade agreement.

Rajoy said in January: “We will try to preserve the economic benefits of a very intense relation, but that has to be done from the basic and founding principles of the European Union.”

With more than 300,000 Britons being registered as residents in Spain, and just under half of that number of Spaniards living in the UK, such a relationship with Spain is thought to be vital.

Along with this, other possible reasons for an alliance are the spending contributions by British tourists accounting for around 1.5 percent of Spain’s gross domestic product, and Spain’s €122 billion of corporate investment in the UK.

There are also concerns of maintaining a free flowing border between British territory Gibraltar and the Spanish mainland.

May is set to begin the divorce process from the EU this month.