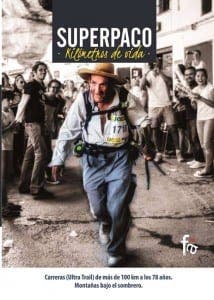 Straw-hatted athlete Francisco Contreras Padilla, who regularly competes in races of over 100km at the ripe old age of 78, has been celebrated in Super Paco: Kilometros de Vida.

Written by his children, Ines and Francisco Contreras, it charts his impressive amateur running career which has seen him scale some of Spain’s tallest mountains while dressed in traditional farming shirt and trousers.

It was written for his many fans who come out to cheer on the former textile worker, who trains by walking at least 40 kilometres each weekend and sustains himself during races with sandwiches and dried fruits.

The book can be bought on Amazon Espana, and in some bookshops, for €19.

Jorge Hinojosa - 5 Jul, 2022 @ 16:39
Officials have confirmed to the Olive Press on behalf of the Spanish royal family that Queen Letizia has tested positive for Covid-19. Speaking exclusively to...