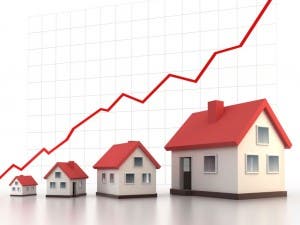 Thousands of Malaga home sellers may be entitled a payout after paying too much tax.

A total of 35,000 in the province could have been unfairly hit with the plusvalia  tax, which was deemed unjust in a recent case in Spain’s Constitutional Court.

Property survey company Tinsa Technical Consultants revealed the number after carrying out a study on the evolution of housing prices and other real estate data from the Ministry of Development and the Association of Property Registrars.

It said that Malaga was the fourth biggest hit province in Spain behind Madrid, Barcelona and Alicante and that those who sold between 2013 and 2016 were most likely to get a refund.

The tax, levied by municipal councils on residential land, had long been criticised prior to the influential court ruling.

This is because it charged sellers according to a belief that land increased in value the longer it was owned, thus ignoring real-world rises and falls in the marketplace.

“The ruling paves the way for a favourable response in ongoing and future claims in the cases of sale, inheritance or donation of property that have been reduced in value between the time of acquisition and the time of sale,” said Marta Garcia, director of Tinsa.


“Up to now, challenges to the tax have been dealt with with a very uncertain prospect of success, since the interpretation of whether or not the tax was collected corresponded to the judge in each case and to the expertise of the lawyers involved.”

Tinsa said that it believes 550,000 sellers have been affected at a national level.

An online form has been created by Malaga Council following the court ruling, for those who have sold properties in the city area and believe they may be due a claim.

Spain’s Ministry of Finance is now studying the ruling to determine how to reformulate the laws regarding the tax.

Those wanting to make a claim in the Malaga city area should go to www.gestrisam.malaga.eu