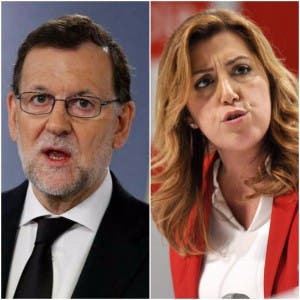 The Spanish prime minister made the comments during a meeting with Andalucia’s Partido Popular leader Juan Manuel Moreno.

Rajoy said: “Andalucia has all it needs to be at the forefront of Spain and Europe.

“The only thing it needs are better leaders, that work for the common interest and don’t just dedicate themselves to cementing their party in power.”

Moreno, who will be running unchallenged for re-election as the region’s  PP leader,  later added that Diaz is ‘not compatible’ with her current role.

“While she dithers around, Andalucia is bleeding,” he said.

It is not yet known if Diaz will run to be head of the Junta again in 2019, as she continues to weigh up running for national leader of the PSOE.