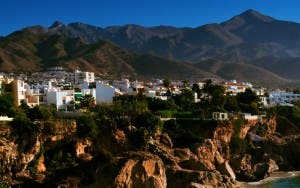 SUNNY Spain’s reputation as a haven for British retirees is changing, according to a recent property report.

The report by Kyero property firm reveals the number of Brits over 55 inquiring about buying property abroad has halted.

It is believed that the reason for this is fear about how the Spanish Government will treat them after Brexit.

Although Kyero’s report found that there was a 36% increase in people looking at property online, these viewings were not necessarily followed up by sales.

“Brits are now in a holding pattern while they wait to see how Brexit negotiations progress,” said head of research Richard Spiegel.

He added: “On balance we think the majority of British buyers will (at most) be mildly inconvenienced by Brexit, it’s unlikely to materially change travel access, property rights or availability of credit.”

In contrast, interest from buyers from Germany and other EU countries has increased, with 25% more sales leads in one year, Kyero has found.