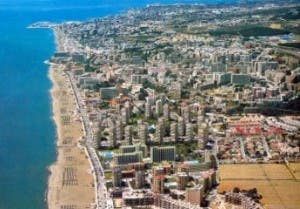 According to mayor Jose Ortiz, Al-Thani has chosen Torremolinos for its proximity to the airport and its capacity for expansion.

The pair have discussed working on the new shopping centre planned with Intu as well as the potential pedestrianisation of the historic centre.

Al-Thani, who owns Malaga FC, is set to hold his first official meeting with mayor Ortiz in the coming months.

It comes after his proposed €400 million expansion of La Bajadilla marina in Marbella ended in disaster after the contract was annulled by the Junta following years of inaction.