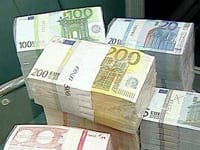 GOVERNMENT funding for Andalucia has been slashed by over one third.

The eight provinces will receive 36,6% less than in 2016 with only €1.16bn euros to spend on major public projects.

It means the region will only receive 13.6% of the country’s entire budget for provinces, despite it being home to the largest population in Spain.

Two of the hardest-hit areas are Almeria whose budget has been slashed by 80% and Malaga, whose budget is down 43%.

Almeria’s grant has nosedived from €200m to just €40m, most of which will be destined for the high-speed line between Murcia and Almeria city.

Malaga’s government budget was slashed to €130m, meaning it will be impossible to advance with much-needed infrastructure projects, such as the train line to Marbella from Fuengirola.

The biggest government investments in the province are €27.8m for the Malaga stretch of the high-speed rail line between Bobadilla and Granada and €21.3m for the Archidona prison.

Cadiz meanwhile was handed €336m, with €84m for the port of Algeciras and €20.2m for rail projects, some of which will be used for the Bobadilla to Algeciras rail freight line.

Huelva was granted €85.7m, while Jaen received around 40m and Cordoba €57.8m, which will be used to improve rail connections with other Andalucian capitals and Madrid.

The government insisted the investments should be considered as only being for six months and said it will present another budget for 2018 in September.