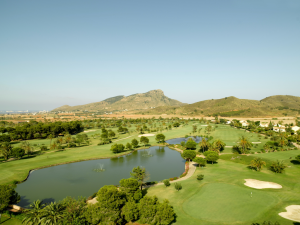 LA Manga Golf Resort is set to welcome a boost in visitors after British Airways announced it has added extra flights to the nearby airport.

The airline will now fly twice-weekly to Murcia, making one of Europe’s most popular golf courses more accessible.

Government figures released last month revealed that overseas visitor numbers rose by 45.3% over winter compared to last year, with the number of people travelling from the UK increasing by more than 11% in January alone.
Set in an area three times the size of Monaco and just a 20-minute drive from the airport, La Manga Club’s facilities include three 18-hole golf courses and newly rebranded Golf Training Centre,  a 28-court tennis centre and eight full-size football pitches.