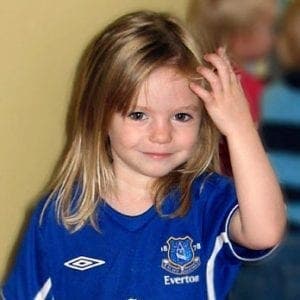 As the case of missing Madeleine McCann reaches its tenth anniversary, Olive Press editor JON CLARKE – the first journalist on the scene – analyses why her parents were not involved… and recalls the shocking way he ended up accused of being involved.

I RECEIVED the call at 7.15am from the Daily Mail foreign desk. It was a Friday morning as we approached deadline for one of the first editions of the Olive Press, then in its early fledgling stage.

The daughter of a pair of British doctors had gone missing on the Algarve the night before. Could I get over and investigate?

I was on the road half an hour later from Ronda, where we had our office, based out of a cowshed next to my home.

As a stringer for Associated Newspapers in Spain, I was long used to these early morning calls that invariably led to wild goose chases around the Iberian countryside…but this journey would lead to one of the biggest news stories in history.

It was a tale as sad as it was intriguing, and it would keep me in Praia da Luz where four-year-old Maddie went missing for the best part of a month.

It would lead to over a dozen stories in the Olive Press linked to sightings and possible culprits around Spain, with a number making the front pages in the UK.

There was even the deluded former deputy chief superintendent, who trolled long and hard from his villa in Andalucia, convinced that the parents were guilty. 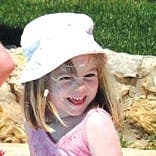 Finally, I would even find myself accused, more of which later.

Of course, the best whodunnits are always complex and far-fetched. But for a couple of loving parents to murder their daughter, bury and cover all traces in an hour while on holiday is stretching it just a bit too far.

But this didn’t stop the Portuguese police from charging them… and to this day, one notorious ex-detective continues to publish books claiming they were involved.

No care that Kate and Gerry McCann were educated doctors with not a blemish on their names.

That they were on holiday with two other families.

And that they had invited the world’s press to help in the search.

These are just some of the reasons why I am convinced the McCanns did not kill their daughter.

It is perhaps too obvious to point the finger at the parents.

After all, they say that in cases of child molesting and abducting, more than half the time it is family members to blame.

But accusing them had more to do with the ineptitude of the Portuguese police investigation, which didn’t bring in specialists to pick up vital strands of DNA evidence strewn around the flat, until THREE months later.

Then they seized the hire car of the McCann’s, found so-called ‘key, crucial DNA evidence on the back seat,’ and finally allowed them to have it back to drive around.

And, of course, they allowed dozens of local people, including one of the main suspects, Robert Murat – and even me – to wander around the crime scene.

Nor did they shut the border with Spain until the next day.

From the word go, they did not take this crime seriously.

And, in a way, who can blame them?

Praia da Luz sits in the sleepy south west corner of Europe, just short of Sagres. There had been no kidnappings, murders, or any serious crime reported for three years, as it turned out.

The Mark Warner holiday club that charged thousands to parents like the McCanns, did not even have security cameras, or secure premises.

There was no suggestion of putting families on higher floors and anyone could walk into the complex through a small side gate.

All the more perfect for a predatory paedophile who lived in the area.

I was completely shocked by the laid back manner the local authorities were dealing with the case that Friday morning.

When I arrived at about 11.45am I was firstly able to walk into the apartment, where I introduced myself to the McCanns and told them I would do everything I could to help.

The only reporter on the scene till late that evening – apart from Sky News reporter Kay Burley, who happened to be on holiday there – I spent time grilling neighbours, before noticing that a road crew was still digging up the street to lay sewage pipes literally right outside the apartment. The trench was nearly two metres deep and three men continued to shuffle around inside it.

Nobody had stopped them.

Incredibly, we had to wait till late afternoon before a couple of sniffer dogs had arrived, which was amateur to say the least, given that Maddie had been reported missing a full 18 hours earlier.

I am not going to be able to solve the mystery, but I am convinced she was snatched by a local paedophile, who had been watching the family’s movements.

It was coming to the end of their holiday. The fifth night they had put their children to bed and gone down to have dinner with their friends, all doctors bar one.

The apartment door was shut, but within easy reach and in full view of the road and the small village had apparently very little crime . . . until you scratched the surface.

While there had only been one murder of any substance for nearly three years in the area, there was, it turned out, a seedy underworld inhabited by numerous expatriates.

One woman told me how she had been the victim of an attempted snatch at midnight in nearby Lagos a month earlier. A long term English couple, who lived in a nearby hamlet, told me there were ‘half a dozen’ paedophiles living there alone. 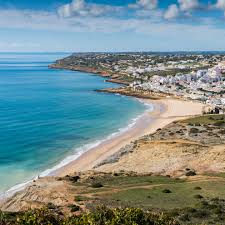 One of these is still being sought.

It was sketchy and unsubstantiated, but there was no doubt – as in any place where northern European expatriates drift in their hundreds – there were a number of bad eggs among them.

Then, there was the Russian connection. Murat’s friend Sergei, a handsome young man, who masqueraded as an estate agent and had a number of connections to boats.

I discovered he worked out of a small office in Lagos, where the police had been the day before to find he had suspiciously just wiped his computer clean.

He refused to comment, but I discovered that he and Murat, who lived in direct sight of the Maddie apartment, allegedly talked a number of times within half an hour of the girl going missing.

While he was never charged, and Murat was later exonerated, it summed up the sense of paranoia that everyone felt in the resort that month.

Whatever happened I am sure the McCanns could not have done it.

Much has been made of the missing hour-and-a-half window between 7pm and 8.30pm on May 3, between Madeleine being put to bed and the parents coming down to dinner.

While Gerry was seen playing tennis, Kate was apparently in the flat . . . she must be guilty then? Not really. She was probably relaxing, having a bath, putting on her make up for the evening.

One Portuguese tabloid claimed Kate had killed Maddie and then hid the body in the fridge of their apartment before ‘passing it through various locations’ and finally moving it in a hire car, perhaps on a ‘suspicious’ trip to Huelva three weeks later.

But given that the apartment fridges are tiny, they would have had to chop her up first. Would they have then calmly sat at dinner with their friends at 8.30pm, showing no sign of a struggle or the anguish of murdering their daughter to their pals?

If they had killed Madeleine and then somehow driven her body away in the tiny time scale, they would have needed to have gone more than 25 miles – the distance from the resort sniffer dogs and police searched.

That would mean driving for at least half an hour on the windy backroads inland from the Algarve. They did not know the back roads, nor a good spot to hide the body. How would they have hidden the body? Using a shovel? Hold on, would not there then be a shop somewhere that sold them a shovel? Is anyone still missing a shovel? If so, please call the Olive Press newsdesk.

It is all so far fetched it is quite ridiculous. And then I got accused of being involved!!!

It came after I inadvertently found myself interviewing a former nightclub bouncer in Huelva, who claimed he know who snatched Maddie.

A huge Angolan chap, he told me she had been taken on order and was now, most likely, in America.

We double checked his credentials, ran it past Maddie’s family and published a carefully worded and, I believe, sensitive piece, which then of course got picked up by the Sun to be splashed on its front page. Not so sensitively.

And all hell broke loose.

Within a week there was a 5,000-word essay from an anti-McCann ‘troll’ named Tony Bennett, a solicitor, who was later found guilty of contempt of court over his repeated claims that the parents were guilty.

In his article, still online, ‘Jon Clarke’s role in Maddie in US claim’, he made numerous wild accusations about me and my integrity, named my wife and children and even where I lived.

He accused me of lying about the case, and crucially claimed I could not have got to Praia da Luz so quickly on the day after her disappearance.

He suggested I was actually staying there.

More alarmingly, it emerged, he had close connections to the aforementioned former UK police chief, who is still based in Andalucia.

When I went to confront this ex-copper, who I vaguely knew, he refused to back down and thrust me a pamphlet entitled ‘What Really Happened to Madeleine?’, which gave 60 reasons insisting she was not abducted.

It’s fair to say we do not see eye to eye, but he is sadly one of millions of people around the world who still think the McCanns are guilty.

One thing for sure, it made me think long and hard about doing my job and how evil and pernicious the internet and its many trolls can be.

I doubt the case will ever be solved, but I am certain the parents were not involved.