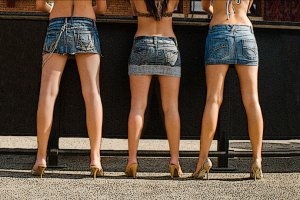 SIX gas station employees claim to have been dismissed for refusing to wear a miniskirt.

Despite the official uniform being trousers, the women claim they were dismissed for refusing to wear the miniskirts during shifts.

The employees at AVIA in La Carlota, Cordoba are now seeking advice from the Andalucian Women’s Institute.

The gas station owners responded on social media, claiming employees can use a mesh under the miniskirt, and even posted a picture of other female staff wearing trousers.

AVIA has announced a review of the incident.