MISSING Spaniard Ignacio Echeverria has been confirmed as one of the people killed during the London Bridge terror attacks.

The heroic Madrileno’s sisters confirmed on Facebook that Echeverria, who had been missing since Saturday’s attack, was dead.

Tributes poured in for the 39-year-old banker after the terrorist outrage, which killed eight people, when it emerged he battled the three knife-wielding terrorists armed only with his skateboard as they stabbed a girl.

“Thanks to all who cared,” his sister Ana posted on Facebook. “We know we are not the only sad ones.

“We want to see and be with Ignacio’s body. It seems the soonest we can see him is Friday. We want the British government to let us be with him.”

Isabel Echeverria, another sister of the victim, praised her brother’s courage.

“My brother tried to stop the terrorists and lost his life trying to save others. We love you and we will never forget you,” she said.

A spokesperson for the Spanish Foreign Ministry expressed their ‘profound sadness’.

The Spanish government had this week queried why it was taking so long to receive information about the missing Echeverria.

Echeverria was one of two Spanish heroes who came to the aid of Londoners attacked by the three crazed terrorists.

Sergio Farina also stepped in to save the lives of innocent bystanders caught up in the carnage which also injured 48. 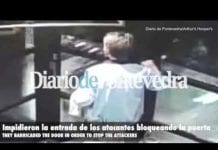 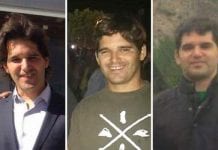