THE boss of Spain’s football federation has been arrested after an in-depth corruption investigation.

Villar, who is also a senior vice-president at Fifa and Uefa, was arrested on Tuesday morning along with his son Gorka and three other federation executives.

The Guardia Civil said the football officials were detained while raids were carried out at the federation headquarters in Madrid.

Police said the five men were arrested on charges of corruption as part of an investigation into the finances of the federations.

Spain’s minister of sport, Inigo Mendez de Vigo, insisted that the country’s laws are being enforced and ‘nobody is above the law.’

The investigation was launched in 2016 and has included various searches at the headquarters as well as several private homes linked to the detainees.

It is alleged that the group were involved in promoting games between the national team and other countries, which led to monetary gain.

This would have in turn, benefitted his son, who is a lawyer specializing in sports law. 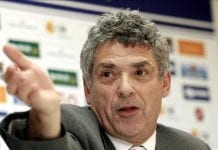 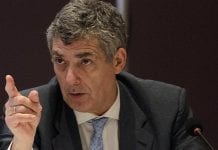