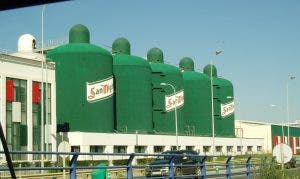 MAHOU San Miguel has invested €3.7 million into its Malaga brewery.

The figure is a 76.2% increase on last year, and includes 31 projects aimed at maximizing its sustainability, efficiency and ‘operational reliability’.

The upgrades will see the renovation of a bottle washer, the improvement of its internal communication networks and different projects of industrial efficiency that incorporate the most modern technology.

The plant, which has an area of ??60,000 square meters, produces 2.5 million hectoliters of beer per year.

“We have shared with Málaga more than half a century of history and we have made a constant effort to continue improving our facilities year after year as a way to materialize our contribution to the generation of wealth in a key region for the whole country,” says José Manuel Huesa, director of the Mahou San Miguel Production Center in Malaga.

“In the last decade, we have allocated €32 million to equip this plant with the most advanced technology, placing it at the forefront of the sector at the national level.”

The factory provides hundreds of jobs and is the official sponsor of Malaga CF and, since 2008, the Feria de Málaga.