HORROR stories are circulating of British holidaymakers missing their flights after being made to queue for over four hours at passport control at Spanish airports.

But what is causing the travel chaos and why?

A new European regulation came into effect on April 7 of this year that requires every passport to be checked when arriving and leaving the ‘Schengen Area’.

The ‘frontier-free’ zone comprises of most EU countries plus Switzerland, Norway, Iceland and Liechtenstein.

The UK and Ireland opted out of joining the zone, which allows for passport-free travel between most other EU states.

The new regulation means every passenger’s passport is electronically compared against the ‘Schengen Information System’, a big pan-European database, as well as Interpol’s list of stolen and lost travel documents.

It means the time it takes to process a long line of British holidaymakers has gone from a couple of minutes to potentially an hour or more.

Passengers at Malaga or Palma de Mallorca will go through the security check as normal with the standard search for weapons, explosives and liquids over 100ml.

It is in the departures area that you may notice passengers who are leaving the Schengen area stretching back from the passport desks.

The long queues are simply due to the fact there aren’t enough people or electronic checkpoints to cope with the demands of the new rules at peak times.

Hence there were ‘nightmare’ queues at Spanish airports during Easter.

And now, at the peak of the summer season, the most extreme effects are being felt.

If you’re at the airports of Palma, Barcelona, Alicante or Malaga when lots of flights from the UK are arriving and leaving, then you could be waiting up to four hours, pressure group Airlines for Europe has warned. 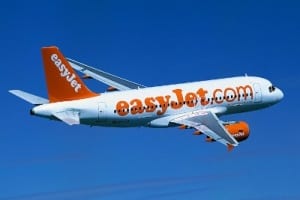 Passengers can arrive many hours early, but often check-in opens only two hours before departure. Therefore being at the head of the queue is a good idea.

You are not guaranteed compensation if you miss your flight.  If you miss a plane because you failed to comply with the airline’s stipulation about when to reach the gate, you’ll have to buy a new flight, which will likely be very pricey in peak season.

The airlines will blame the airports, the airports will blame national security, and travel insurers will probably say it’s nothing to do with them – they can’t be expected to compensate people who fail to leave enough time at an airport. In other words, it’s your ‘fault’ for not anticipating queues of many hours.