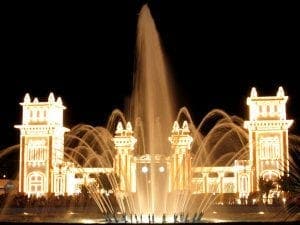 MALAGA’S Feria is often described as the most popular on the Costa del Sol, or even in Andalucia.

The festival, which begins this Saturday, takes place in two areas; the downtown area of the city and the Cortijo de Torres.

The event is expected to draw more than two million visitors and is a must-see for locals and tourists.

The Malaga Feria celebrates the conquest of the city by the ancient kingdom of Castile on August 19, 1487.

The new rulers decided to hold a celebration on August 15, 1491; an event which from the following year was held on August 19.

The event featured a royal procession starting from the Cathedral of Malaga to the church of Santiago, where the city held a Mass.

The Malaga Fair has been held in various locations throughout its history, from the Pier Heredia (port of Malaga), the park of Malaga, and Teatinos.

It is now always held next to the Palacio de los Congesos at Cortijo de Torres. 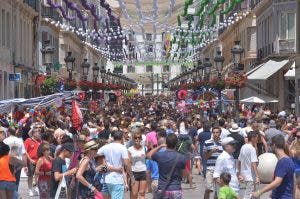 Depending on the time of day, downtown Malaga or the Cortijo de Torres.

The Night Fair features a large number of rides for all ages as well as places serving traditional food, fast food, stalls to buy pancakes and various stalls with all kinds of music.

The Day Fair attracts hundreds of thousands of tourists who spend their holidays in the province and who decide to visit the centre of Malaga during its most popular festival.

The streets are decorated to the maximum and see lots of folk music and dancing abound in the streets.

There are food stands at the Night Feria and bars and restaurants at the Day Feria area.