Hard-left Catalan nationalists Arran and other groups have targeted 1,000 cars with stickers saying ‘This car is too much’.

The radical group teamed up with fellow hardliners Endavant Mallorca and eco-warriors Joves of the GOB to slap stickers on vehicles in Palma, Santanyi, Aria and Manacor.

In a joint statement, a Endavant Mallorca spokesperson said: “The huge number of car rentals saturates our island and contributes to contamination.

“We have carried out these actions to protest against the excessive number of cars that arrive in Mallorca.”

The group said there were currently around 100,000 rental cars being used around the Balearic Island as holidaymakers arrive in record numbers.

The statement also said Mallorca workers endure ‘precarious work, a lack of access to housing, saturation of infrastructure and the destruction of territory’.

Rajoy branded the group ‘radical extremists’ after 20 Arran members, some wearing masks, let off smoke flares in a Palma restaurant.

“I don’t know if we have to receive tourists with placards saying welcome Mr Tourist, but what we can’t do is kick those people who come here to spend money,” raged Rajoy.

“What we can’t do is kick those people who come here to spend money. That seems to me to be crazy.”

Before the Palma attack, Arran radicals had slashed tourist rental bikes and graffitied a tourist bus in Barcelona. 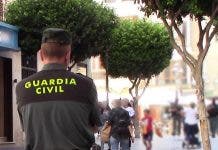 Isha Sesay - 18 Sep, 2020 @ 14:53
Doctors had taken the decision to move the young girl to the Catalan capital after her health rapidly declined