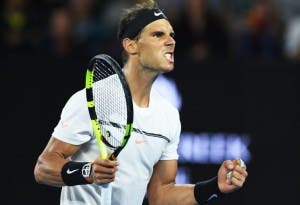 RAFAEL Nadal is set to return to world number one for the first time in three years after Roger Federer withdrew from the Cincinnati Masters with a back injury.

The Swiss star, ranked No. 3, is sidelined along with No 1 Andy Murray, No 4 Stan Wawrinka, No 5 Novak Djokovic and defending champion and world number six Marin Cilic, leaving Nadal as the top-seeded player remaining in the draw.

“It’s just coincidence,” he said. “We’re not 20 years old any more. We’re not playing all the weeks. It’s part of our sport. I’ve been in their position lots of times. I’ve missed more events than the other players. It’s part of the game. I wish them all a speedy recovery. We need them in the game. I hope they get back soon.”

It means Nadal will return to the top spot when new ATP rankings are released next week.