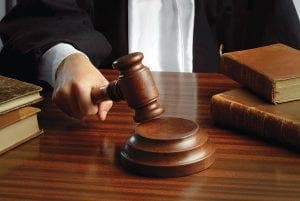 ACCORDING to the General Council of Notaries, these highly qualified professionals fulfill an essential part of the judicial life of this country by bringing legal security and certainty.

Their website states the following: “Notaries are state civil servants required to provide citizens with the legal certainty guaranteed by Article 9 of the Spanish Constitution within the context of extrajudicial legal dealings.”

A recent ruling by the Supreme Court – and more so a previous one of 2013 – seem to cast doubt over such convincing and forceful statement in respect to one the main functions of Notaries: granting POAs and their presupposed validity if the grantor challenges them in court.

The 2013 sentence – supported by a prior one of 2010 – shook the notarial establishment when it declared that POAs to settle, dispose of, mortgage or perform any other act inherent to ownership (art. 1713) would have to […] clearly specify the object and subject, in a clearly defined and predetermined manner.

The high tribunal’s interpretation of general POAs to sell or mortgage is thus far-reaching: if the POA does not specify the property or the lender, the transaction can be rendered null and void.

Again, in 2016, the Supreme Court stated that those transactions where such POAs were used could also be declared null and void where the recipient abused or exceeded the instruction.

This is how the Court explained it: […] In this context, the will of the parties stands as the guiding interpretation criteria, ruling out an automatic or mechanical reliance on the literality of the POA granted, but principally on the intention and will of the grantor to establish the purpose and sense of the instruction.

And secondly, the obligations of fidelity and loyalty are indispensable guidelines connected to carrying out the instruction.

The importance of these rulings (dated 2013 and 2016) is that they rendered a Deed of Gift and a deed of sale of shares null and void, even if the POAs were – allegedly – properly granted in front of notary public, with all the required solemnities and formalities.

For its part, notaries believe that their job is separate from that of courts and that the above rulings represent solutions to specific disputes brought before them.