TAYLOR Wimpey Espana’s sales and marketing director Marc Pritchard has pointed to a ‘record’ year for foreign buyers in the Mallorca property market.

The company, which has been building in Spain for six decades, has seen huge success in the Marina Golf and Bahia San Pere developments.

And with average prices of €415,000 across the island, Taylor Wimpey Espana can still offer two-bedroom apartments for around €215,000 at the north-east resort of Bahia San Pere.

Germans, British, Swedish and Swiss buyers are among the most active, says Pritchard, who has lived in Mallorca for 25 years.

“As foreign investment is set to break a new record this year, according to a recent JLL report, we expect the growth in international buyers to continue at Taylor Wimpey Espana,” he said.

“The sales success on all our current projects has been the biggest achievement for us on the island so far.”

The company is set to release two new developments in Cala D’Or and on the south of the island this autumn.

Other building projects are pencilled in for 2018, which Pritchard predicts will be another positive year for the industry in Mallorca.

“The increase in land values linked to limited availability might have an impact on house prices,” he said.

“But despite that, for 2018, the outlook seems steady as the island will maintain its stronghold as a highly desirable destination.” 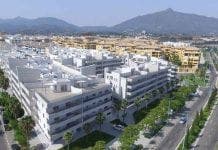 Luxury British apartments being snapped up on Costa del Sol 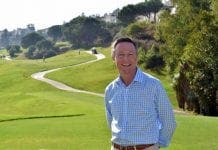 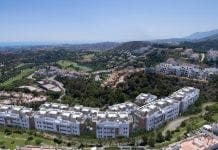 Isha Sesay - 23 Oct, 2020 @ 14:38
The measures were revealed at a press conference today by Health Minister Patricia Gomez and will come into force from Saturday, October 24th