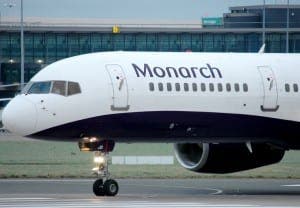 The airline, which ceased all activities this morning, sent out a text message encouraging people to book flights to Spain and Portugal on Friday night.

The message read: “Hooray for payday! Find the feeling with 1000s of seats at £30 to Spain and Portugal”.

Others claim they were also sent emails advertising a sale last week.

It comes after the UK’s fifth biggest airline engaged in survival talks to prevent its collapse over the weekend.

Its collapse is the largest ever in the UK and has left 111,000 Brits stranded overseas.

The Civil Aviation Authority has charged more than 30 new flights to help those stuck abroad.

The vast majority with booked flights will not be able to get their money back from the airline, and must instead apply for a refund from their bank or insurer.

The airline, whose headquarters are at London Luton Airport, was founded in 1968.