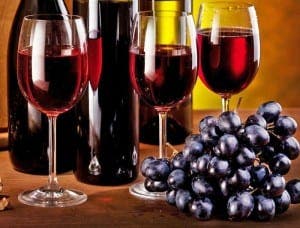 SPAIN, Italy and France are bracing for their worst grape harvest in decades.

Farmers in the three countries, which together produce over half the world’s wines, have been hit by extreme weather, including heavy hail and longer-lasting frost in the spring in Spain.

Meanhwile, unusually warm weather has meant that many grapes ripened early and are smaller than usual.

The pain in Europe, combined with lackluster production in the southern hemisphere and wildfires in California’s wine region, has left analysts fearing shortages and higher prices.

“We still foresee a dramatic decline in wine availability going into 2018,” said Stephen Rannekleiv, a global beverages strategist at Rabobank. “We expect the decline [in consumption] to be felt most tangibly in the lower-priced tiers.”

The European Commission says that this year’s regional harvest is expected to be the worst since 1982.

Italy, the world’s biggest producer, will see volumes fall 21% to just above 4 billion liters. Production in Spain and France will decline by roughly 15%.

“It has not been uncommon for one of these three producers to have an off year, but rarely have we seen such poor harvests for all three simultaneously,” Rannekleiv said.

Vineyards that were spared in the spring were later damaged in devastating summer droughts. The problem is most severe on the Italian island of Sicily, where production was a third lower than last year.

Consumers are already feeling the effects, with the price of some wine varieties increasing this year by up to 10%.

“The rise in Italian and Spanish bulk wine prices is particularly noticeable and it started as early as May, when the first threats to production materialized,” Rannekleivn said.