A BRITISH holidaymaker has slammed rental firm Record Go after the Mallorca office overcharged him hundreds of euros for a broken door handle he did not break.

The 62-year-old Londoner says he was quoted €114 to rent a Ford Fiesta during a four-day trip in October.

But the property developer, who asked to remain anonymous, was shocked after returning to the UK and seeing an unexplained €225 charge on his credit card bill.

“I knew the car door was slightly damaged when I picked it up, but I was too busy to raise the issue,” he told the Olive Press.

“The last thing I was expecting was to be charged a week later.”

Following the incident, he says he tried to contact the company to complain but ‘you can’t get through to anybody’.

A spokesman for Record Go said: “Due to data protection laws we are not allowed to give information to third parties without authorisation.” 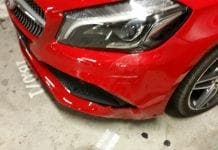 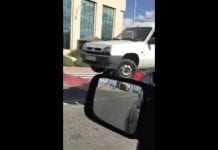 VIDEO: Spaniard fined after ‘towing’ van on roof of car