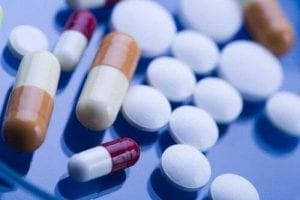 THE number of English pensioners taking at least five medicines per day has boomed by 300% since 1997, a new study has shown.

Almost half of those aged 65 or over admit they are on five different drugs or more – up from just 12% in the late nineties.

And the number of elderly taking no pills at all has plummeted from around 20% two decades ago to just 7%.

It comes as a recent Spanish study found those taking six medicines or more a day were nearly three times as likely to die prematurely than those on no drugs at all.

Even taking up to five a day increased the dangers by an estimated 47%, researchers warned.

Some of the study participants said they were on up to a massive 23 tablets every day.

Studies show a large dependence on different medications can increase the dangers of interactions between different drugs and the risk of frailty in older patients.

It’s feared many patients are left on medications for years without regular medical reviews.

The test subjects were asked to keep a record of their medication use, including drugs prescribed by doctors and those they bought over-the-counter, such as painkillers, vitamins and minerals.

The results, which have been published in the journal Age and Ageing, showed the proportion swallowing five or more different drugs a day jumped from 12% to 47%.

But the numbers needing no medicines at all nearly halved.

Reseachers said better diagnosis may be partly behind increased dosages, but voiced concerns that some patients may not need all the drugs they are on.

Researcher Dr Carl Brayne said: “We know that high dependency is associated with higher mortality and that the evidence for combination therapies on the scale that we have seen them in the older population is not good.”

She said the findings highlighted the need for robust evidence on the benefits and harms of taking pills in bulk.