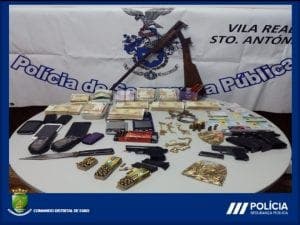 A FATHER who abducted his three children has been caught with a huge cache of weapons and €250,000 in cash.

Dad Antonio Jesus MC, absconded from Jaen with his 19-month-old baby and two other children, 4 and 11, on Saturday.

But he was found by Portugese police on Wednesday night in the border town of Vila Real de Santo Antonio.

The suspect, who left with the children following an argument with his wife, was found with a hunting rifle, two pistols, machete, several mobile phones and €250,000 in cash.

He also had passports and IDs for his children and wife.

Police believe he planned to leave the Iberian Peninsula.