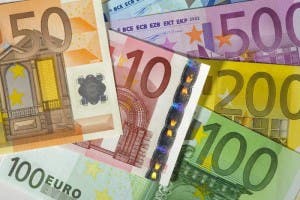 SPAIN’S income inequality is one of the worst in the EU.
A new report by the European Commission found that while the economy is improving, the divide between the haves and have nots is only increasing, with young people looking to be hit the hardest.

Along with Greece, Bulgaria and Lithuania, Spain faces a ‘critical situation in terms of income inequality’, according to the draft 2018 Joint Employment Report, which uses data from 2016 and early 2017.

The wealthiest 20% of households in the country received an income share 6.5 times that of the poorest 20%, compared to an average of 5.1 times across the union.

But Spain is still suffering from chronic youth unemployment, sitting at 40%, compared to an EU average of 18.7%.

Meanwhile, more than 70% of young workers in the country are working under a temporary contract (compared to only 13.1% for workers aged 25-49).

Spain’s youth situation has been described as ‘critical’ because almost 20% of young Spaniards leave school early, compared to the EU average of 10.7%.

Spain was praised for having a quicker-than-average drop in the unemployment rate and shortening of the gender pay gap.

But the share of people at risk of poverty or social exclusion is significantly higher than the EU average.
The report concluded that Spain’s long term unemployment, which sits at 9.5%, is a challenge that ‘still appears to be pressing in Spain’, while its 17.3% unemployment rate was ultimately one of the worst in the union.