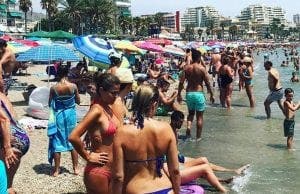 A BRITISH mother has been jailed after she abandoned her three kids to see a bodybuilding competition in Spain.

The woman, 37, left the youngest children, aged 6 and 8, with their brother, 16, in their UK home while she jetted off to the holiday hotspot.

She was rumbled when the youngest told a teacher that their mum had gone away.

The school contacted social services, but the single mum refused to fly back. Instead, she tried to put the kids with a woman who had been probed for child sex abuse, the UK’s Liverpool Crown Court heard.

It comes after the mum, who can’t be named to protect the identity of the kids, left her two youngest in a car while she visited a gym earlier this year. 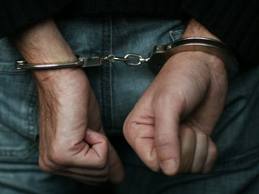 In 2013, her youngest child, aged 3 at the time, had been found wandering the streets in the early hours of the morning.

Prosecutor Zia Chaudhry told the court the woman had falsely claimed that she’d arranged her friend to look after her children while she was abroad, but the friend had cancelled due to a bereavement.

The mum had created fake emails to back up the lie.

“You showed quite persistent failure to perform your parental duties and a breach of the trust, and you then covered it up,” he told Liverpool Crown Court.

“You were asked to come home at the earliest opportunity but you declined and remained until the expiry of that week, displaying callous, self-centred indifference to the position of your children — a thread which runs through this case.”

The woman, of Cheshire, in England’s northwest, pleaded guilty to two offences of child neglect and attempting to pervert the course of justice and was jailed for 12 months.

John Culatto - 3 Dec, 2022 @ 09:00
GIBRALTAR tried to shore up its relationship with Easyjet in a meeting held with its UK boss during the CAPA aviation summit. The summit was...