A SPANISH judge has withdrawn European arrest warrants for former Catalan President Carles Puigdemont and four other ex-ministers wanted on charges of rebellion, sedition and misuse of public funds.

Spanish Supreme Court judge Pablo Llareno announced the withdrawal on earlier today, but national warrants still stand so it is likely they would be arrested if they returned to Spain.

Puigdemont said after the supreme court decision he would stay in Belgium ‘for the moment’.

Rebellion is considered one of the most serious crimes in Spain, carrying a jail term of up to 30 years. 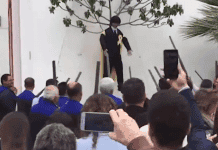 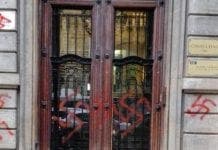 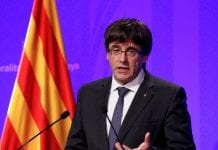