Helena Garzón is accused of helping migrants across the Mediterranean, and the case has caused outrage among politicians and celebrities.

The 47-year-old, who works for the NGO Caminando Fronteras, is on trial in Tangier, Morocco and was a key conduit in relaying information to the Spanish coast guard letting them know when and where boats were in distress.

Spanish police filed a suit against her but found no evidence so passed it to the Moroccan authorities who have gone ahead with an investigation.

However, a petition, signed by more than 200 public figures including No Country For Old Men star Bardem are condemning the criminal case.

“We show our total solidarity and support for Helena Maleno Garzon,” the petition reads, for ‘the defence of the right to life’ and against ‘the criminalisation’ of her work. 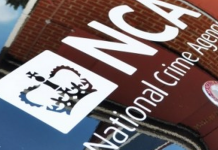 ‘MY HEROES’: How a British cyclist was taken in by Spanish farmers in Andalucia after becoming stuck in southern Spain during coronavirus lockdown