A MAN has admitted killing his sister while she slept in her Costa del Sol home.

The unnamed defendant acknowledged the charges against him in front of a jury in Malaga yesterday, saying his sibling ‘made his life bitter’ and ‘called him lazy’.

The accused’s sister was beaten on the head with an iron before being strangled with its cord.

The prosecutor’s office are seeking 21 years and eight months in prison for murder.

Following an argument in October 2016, the accused, who lived in Morocco, could not sleep.

He told the jury how could not get his sister’s ‘cutting words’ out of his head.

The mother-of-two, according to the defendant, repeatedly told him he was a ‘waste of space’ and that he never took advantage of opportunities.

“She never helped you, she only put you down,” the defendant told the court.

So at 3.00am, he entered her room and bashed her head in with an iron before wrapping the cord around her neck and strangling her to death.

The defense are seeking a nine-year manslaughter sentence, arguing the man had suffered years of abuse. 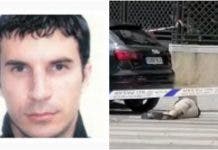