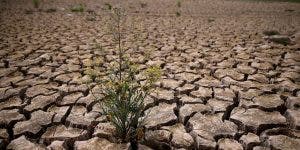 MALAGA and southern Spain could see droughts 14 times more severe than in recent years from as soon as 2050 onwards.

That is according to an unprecedented study by Newcastle University, which predicts what will happen to Europe’s major cities as a result of global warming.

Even in the best case scenario, the likes of Malaga and Almeria will experience droughts at least twice as severe as those in recent years.

The study analysed 571 European cities and showed that the impact of floods, droughts and heat waves will be worse than previously imagined between 2050 and 2100.

The research has analyzed for the first time the changes in floods, droughts and heat waves in all European cities using all climate models available.

Published in ‘Environmental Research Letters’, the study shows a worsening of heat waves for the 571 cities analyzed; increased drought conditions, particularly in southern Europe, and more flooding in river basins, especially in the cities of northwestern Europe.

Using projections of all available climate models, the team showed results for three possible futures that they separated into low, medium and high impact scenarios.

The study shows that even the most optimistic of these, the low impact scenario (global temperature rise of 2.6C), predicts that both the number of days of heat waves and their maximum temperatures

will increase in all European cities.

The cities of southern Europe will experience the largest increases in the number of heat wave days, while the cities of central Europe will see the greatest increase in temperature during heat waves, between 2 to 7 degrees for the low scenario and from 8 to 14 in the worst case scenario.

It means areas like Sevilla could see temperatures soar well into the 50Cs.

In the low impact scenario, drought conditions only intensify in the cities of southern Europe, while river floods only worsen in the northwest.

Between 2051 and 2100, in the low impact scenario, cities like Malaga and Almeria will experience drought twice as serious as those between 1951 and 2000, while assuming a scenario of high impact, 98% of European cities could experience worse droughts in the future while cities in southern Europe can experience drought up to 14 times worse than today.

The worst affected will be Athens, Lisbon and Madrid.

“Although the southern regions of Europe are adapted to cope with droughts, this level of change could be beyond the point of bankruptcy,” said Selma Guerreiro, lead author of the study.

The implications of the study in terms of how Europe adapts to climate change are far-reaching, says Professor Richard Dawson, co-author and principal investigator of the study.

“The research highlights the urgent need to design and adapt our cities to address these future conditions,” he said.

Of the European capitals, it is likely that Dublin, Helsinki, Riga, Vilnius and Zagreb will experience the most extreme increase in floods.

For the high impact scenario, several European cities could see increases of more than 80% in the maximum flows of the rivers, including Santiago de Compostela in Spain, Cork and Waterford in Ireland, Braga and Barcelos in Portugal and Derry / Londonderry in Northern Ireland.