TRANSGENDER twins from Malaga are sharing their story in a bid to change attitudes and empower others thinking of transitioning.

Lucas and Mateo Ocon Zayas, 29, legally left their female personas behind on November 11 2015, when they received their new identity cards.

Both identified as boys from a very early age.

“At five years old I told my mother I was a boy,” Mateo told El Pais.

And they both instinctively knew they were born into the wrong body. 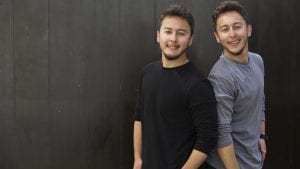 “We never said it out loud, but we knew we were the same, we were certain of it,” added Mateo, who was born one minute after his brother.

They would both talk about growing a beard like their father when they grew up from an early age.

But it wouldn’t be until July 2013 that they would start their hormonal transition, all of which has been documented on their YouTube channel Twin Brothers.

Their journey starts as Natalia and Lucia and sees them cut off their hair and gradually transition to how they appear today.

Up until then, the twins were very feminine women.

“We didn’t want to be masculine girls, I felt like I was in costume. Not everyone saw it this way, but we did,” Mateo explains. 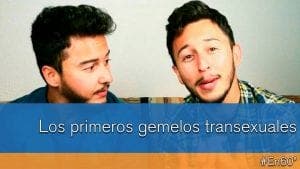 Heels and makeup were the norm until they were 24 years old.

They would find obstacles with their psychologist when starting to change sex.

He feared that because they were twins, one could influence the other to change their gender identity.

However they perservered, and received mastectomy procedures in August 2015.

They are currently on a waiting list for hysterectomies.

Both studied labour relations at university in Sevilla but have returned home, where Mateo works at a supermarket and Lucas is looking for work.

Mateo says they are very lucky as the community in Torre del Mar is accepting.

“It’s because these are people who have known us our whole lives,” he said.

“They saw us playing soccer when we were seven years old. Frankly they were more surprised when they saw us putting on high heels and lipstick than now,” Mateo adds.

On coming out to their parents he said: “It’s not that they were going to throw us a party, it was a shock, but they are happy because we are happy.

“My mother admits that she has always known.”

Both hope their videos make society more ‘free and just,’ so people can respect each other despite sharing different views.