THE Guardia Civil’s social media team probably bit off more than they could chew after their ‘hot cop’ tweet went viral this week.

What started as an innocent message to encourage citizens to call the 062 number soon turned into a nationwide manhunt.

The handsome officer pictured in the tweet stole the hearts of thousands and it soon became one of the police force’s most liked tweets ever, with more than 11,000 and counting.

But the yet to be identified agent (we’re working on it!) is not the first chiselled cop to go viral. Below we’ve rounded up the top law enforcers in Spain worth getting arrested for. 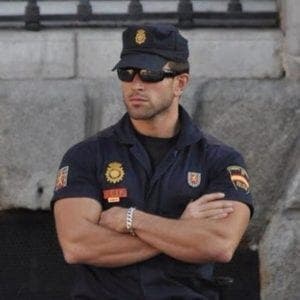 You’ve probably seen him before, he is the original viral ‘hot policeman’. The Policia Nacional agent has stolen the hearts of hundreds of thousands over the years and has been the subject of countless memes comparing ‘hot Spanish police’ to the stereotypical overweight British cop. And while I’m all for gun control, I’d love to see those two in action. 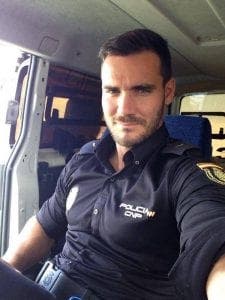 This handsome devil couldn’t resist taking a quick selfie before busting a drug trafficking ring or probably arresting a corrupt mayor, and looking damn good while doing it. 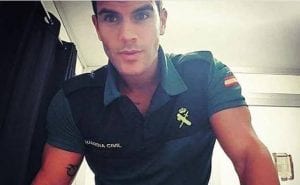 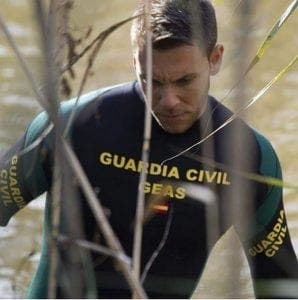 This well groomed law enforcer doesn’t mind getting wet to get the job done. 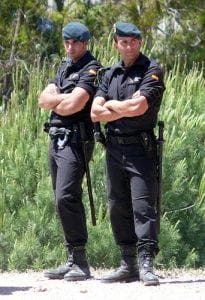 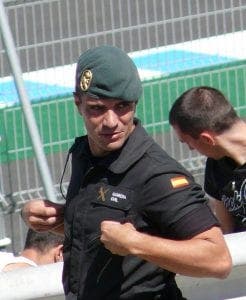 Okay, I’m sure this is just an awkwardly timed photo… 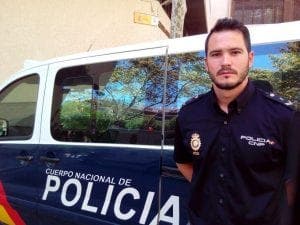 Need a ride? This officer knows how to take the driver’s seat 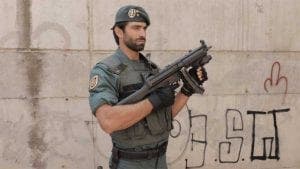 I hope he knows how to use that weapon! (It’s actually Spanish actor Ruben Cortada in the TV series Olmos y Roblos, but pretty convincing if you ask me…) 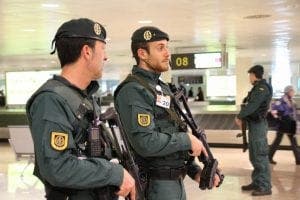 Is volunteering for a frisk search a thing yet? 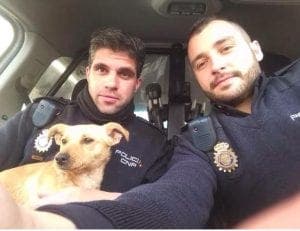 Policemen taking a selfie with a puppy, what more could you want?