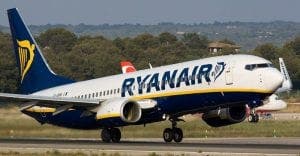 THOUSANDS of summer holiday plans have been plunged into doubt as French air traffic controllers plan yet more strike action.

Workers have been walking out over salary freezes and changes to sick pay, leading to more than 100,000 delayed flights in May and June.

Ryanair boss Michael O’Leary warned that thousands more flights could face disruption during the summer months if the next stage of walkouts go ahead.

O’Leary said: “Many of these flights don’t even touch France, yet they will be disruptive because French ATC requires airlines to cancel overflights while they protect French domestic routes.

“Europe’s ATC providers are approaching the point of meltdown.”

Union representatives from Spain, Portugal, Belgium and Italy are also threatening Ryanair with a summer strike if demanded conditions are not met.

A spokesperson from airline claim company, Skycop, said representatives have warned that the leading airline has until July 3 to come up with a decision to change employment laws.

The spokesperson said in a statement: “Cabin crews across Europe urge Ryanair to adopt national employment laws for all workers, but the carrier wants them to comply with Irish regulations.

“Based on international laws, Ryanair has no right to put all of their staff under Irish jurisdiction.”

Eurocontrol director general, Eamonn Brennan, said: “Europe is already struggling to cope with the levels of traffic this year.”