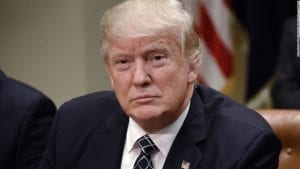 The food and drink sector, especially olive and olive oil manufacturers, as well as the aluminium and watch-making industry have all expressed grave concerns.

Donald Trump’s protectionist reforms will impose higher duties on foreign products to benefit American industries and workers. It means that products like olives will have a tougher task reaching the US market.

Local suppliers have good reason to be alarmed as America is the sixth largest importer of Malaga products in the world. The province earned €144 million from exports to the US alone last year.

The olive industry is already fighting back with numerous workers from all over Andalucia representing farmers, manufacturers and packagers planning a mass demonstration outside the American Consulate in Sevilla on July 5.

Other enterprises like the Malaga food and wine cooperative Dcoop, do not hide their fear: “We have to know how to adapt. The United States is not our principal exporter … but the situation is worrying.”

Another sector at risk from the tax reforms is Malaga’s aluminium industry. According to Hurtado, many new production contracts for America’s car industry have yet to be signed, pending stabilisation of the situation.

Mayoral Malaga, one of the biggest textile firms in Spain, claims that although they have not been affected yet, they are keeping vigilant.

The US is Andalucia’s top non-European market with exports of local products totalling €517 million last year.