PABLO Picasso’s passion for flamenco has been one of the painter’s least explored interests until now.

Illustrations, stories and music merge together to form the exhibition, Y Picasso recordaba el flamenco (And Picasso remembered flamenco), which debuted last week at the Alianza Francesa in Malaga.

The works tell the fascinating tales of the Cubism maestro’s real encounters with characters Piyayo, Trini and Juan Breva – who would go on to inspire some of his famous pieces. 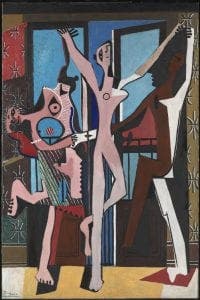 Through 18 chapters, Picasso’s relationship with flamenco is expressed in two parts, the first based in his hometown and inspired by events he is thought to have experienced during childhood, while the second follows his adult life, including more reliable facts told by his biographers.

In a true creative fusion of visual and imaginative storytelling, the one-of-a-kind installation is curated by journalist, Francis Marmol and artist Emmanuel Lafont – the latter of whom admits it was the most difficult project he has ever faced due to his lack of links with Picasso and flamenco.

Marmol said the idea behind the work was to create a ‘parallel story’ to the texts through the drawings, in a bid to rescue a part of Malaga’s musical history. Something which is underrepresented according to the pair. 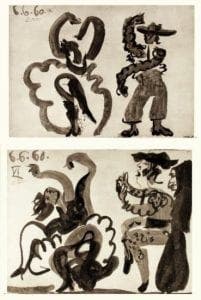 Y Picasso recordaba el flamenco will be available to visit until December 21.