A BRITISH family have been convicted for filing a fake food poisoning claim for their holiday in southern Spain.

Four members of the same family were sentenced to three months in prison by Liverpool High Court.

They were also fined €842 each for ‘concocting a fake claim for gastric illness to win compensation’ and will have to pay the travel operator’s legal costs.

The family had claimed they fell ill from food poisoning while staying at Benidorm’s all-inclusive Aqua Magic Rock Gardens in July 2015.

The claim was filed against the travel operator Jet2 Holidays, from whom they demanded around €50,000 in damages.

“For some time we have warned that making false claims could lead to serious consequences, and this ruling shows how serious they can be,” said Steve Heapy, CEO of Jet2.com and Jet2holidays in a statement.

Michael Jameson, Claire Weir, Janet Weir and Jane Weir alleged that the hotel food had given them nausea, vomiting, diarrhea and stomach cramps.

But all four boasted they were having ‘the best holiday ever’ and ‘enjoying every minute’ on social media.

Hotel records also showed them enjoying alcoholic beverages, including beer, gin and vodka, even as they were supposed to be suffering from gastric illnesses.

“We always held that it was a false claim because our food meets all safety standards,”said Pilar Lafuente, an official with the hotel chain Magic Costa Blanca, which operates the Benidorm hotel.

Lafuente said that the family was only thinking about ‘the possibility of getting a free vacation and some extra money, a technique that the British courts are already acting against.’ 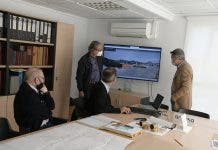